So here we are. In our final week in the EU. 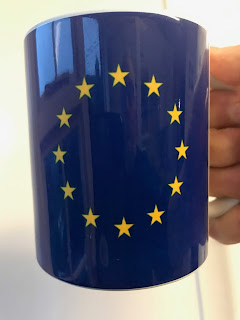 My last post on this subject was on the day our (then) PM, Theresa May, 'triggered' Article 50, starting the process of leaving the EU.  It's almost 3 years since that day and despite many attempts it seems the battle to remain has been lost and on Friday at 23:00 UK time, this country will formally leave the EU.

Nothing of course will change for at least a year, as we will be within a transition period, during which have to obey all EU rules and we retain all aspects of membership ... except having a say at the top table.  From that hour we will have no representation and become a 'vassal' state and rule takers.  No doubt leavers will be crowing victory but we'll see their faces when they realise the brexit is not 'done' but only just started. With the difficult negotiations on trade and the future relationships just starting.

I don't know what's going to happen in the end but I hope that we will begin to realise in the next 12 months what we are losing and that we either opt for a close relationship with our European friends, or in the coming years rejoin.

Regardless I personally will remain at heart a British European Citizen.

And nothing and no one can take that away from me.
Posted by Geoff Rogers at 16:12 No comments:

I am and always have been heavily into radio and technology. I am the Programme Controller of Susy Radio, a community station which came on air in July 2012. I also work as radio presenter and part-time music programmer at Radio Jackie in South West London.
Sports wise am passionate about Cricket and Crystal Palace Football club.
So that's a bit more about me.
Just in case you wanted to know.